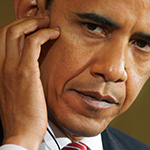 (June 12, 2013, Washington, D.C.). Having already filed a 3 billion dollar class action with regard to the alleged government privacy abuse by the Obama administration and Verizon, Larry Klayman, founder of Judicial Watch and now Freedom Watch, and a former Justice Department prosecutor, filed a new $20 billion dollar companion class action suit in DC federal court today. Like the prior class action suit concerning Verizon, this new case names President Obama, Attorney General Eric Holder, the heads of the NSA and the 12 other companies who have collaborated with the government in violating the privacy and other constitutional rights of American citizens. The companies named in the suit which are tied to the government's PRISM- NSA scheme are: Sprint, T-Mobile, AT&T, Facebook, Google, Microsoft, Skype, YouTube, Apple, PalTalk, AOL, and Yahoo. The users and subscribers of these companies comprise, combined with the Verizon class plaintiffs, a majority of the entire U.S. citizenry and thus these complementary class action suits pit the American people against their government and corporate enablers.

Larry Klayman issued the following statement in the wake of filing this new class action:

"This and the Verizon class action will serve to unify all political and social persuasions in our great nation to wage a second American revolution, one that is peaceful and legal – but pursued with great resolve and force. Government dishonesty and tyranny against the people have reached historic proportions during the last three administrations in particular, and the time has come for We the People to rise up and reclaim control of our nation. If not, the government will control us and this will mark the end of individual liberties. The American people can thus use these class actions to 'man the barricades of freedom' against the establishment government despots and their corporate enablers who seek to enslave them through coercive abuses of their privacy. This Orwellian power grab can only be intended to blackmail the masses into submission in order that these modern day greedy tyrants achieve their corrupt ends."