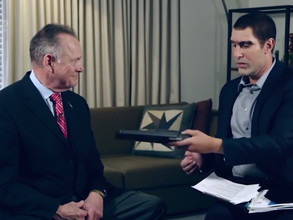 The Independent
July 8, 2020
A New York judge has allowed Roy Moore to proceed with his defamation case against comedian Sacha Baron Cohen, over a prank that he claims portrayed him as a paedophile.

Federal judge Andrew Carter denied a motion from Cohen, Showtime and CBS to dismiss the $95m (£75.6m) lawsuit filed by both Mr Moore and his wife, Kayla Moore.

Mr Moore, the former chief justice of the Supreme Court of Alabama, and a failed Senate candidate in the state, featured in a segment of Cohen's show Who is America? in 2018.