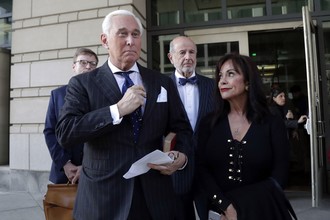 Stone, 67, was convicted by a federal jury in Washington last month of one count of tampering with a witness and six counts of lying to Congress about his efforts to learn of hacked Democratic emails during the 2016 U.S. presidential election.

Stone faces a maximum 50 years in prison for the charges, although a first offender would face far less time under federal sentencing guidelines. Stone was charged as part of special counsel Robert S. Mueller III's investigation into Russian election interference.