Rep. Ilhan Omar Has Directed 70% of Her Campaign Expenditures to Her Husband's Firm 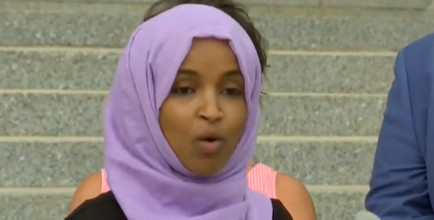 By Erin Erhardt, The Western Journal
WND
October 17, 2020
Ilhan Omar is no stranger to scandal and alleged corruption.

During her short tenure as a legislator, she's been connected to voter fraud allegations, investigated for alleged campaign finance violations and accused of having an affair with a married man (Tim Mynett, who is now her husband).

That represents almost 70 percent -- 69 percent to be exact -- of the roughly $1.6 million disbursed by the campaign in that time period, the Washington Free Beacon reported Thursday, citing Federal Election Commission filings.