People of Color Make up Nearly Half of Biden Transition Team 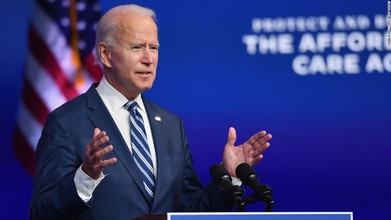 By Arlette Saenz
CNN
November 17, 2020
(CNN)As President-elect Joe Biden prepares to take office in January, nearly half of the transition team laying the groundwork for his administration is made up of people of color, and women are in the majority.

The new diversity figures come as Biden is set to announce his Cabinet picks and senior staff for the White House in the coming weeks -- one of the first tests of his campaign pledge to build an administration that will "look like America."