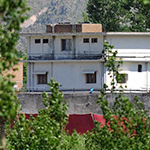 (Washington, D.C.). Three families of Navy SEAL Team VI special forces servicemen, along with one family of an Army National Guardsman, will appear at a press conference on May 9, 2013, to disclose never before revealed information about how and why their sons along with 26 others died in a fatal helicopter crash in Afghanistan on August 6, 2011, just a few months after the successful raid on the compound of Osama Bin Laden that resulted in the master terrorist's death.

Accompanying the families of these dead Navy SEAL Team VI special operations servicemen will be retired military experts verifying their accounts of how and why the government is as much responsible for the deaths of their sons as is the Taliban.

The areas of inquiry at the press conference will include but not be limited to:
"This press conference takes on special significance given that our government has over the last twelve years since September 11 committed brave American servicemen to wars in Iraq and Afghanistan which, in large part as a result of politics, were poorly conceived of and implemented, resulting in the deaths of thousands and the maiming of tens of thousands of our brave heroes. To make matters even worse, America has effectively lost these wars," stated Larry Klayman, legal counsel for the families.