Man Who Went With Son to U.S. Capitol on Jan. 6 Now Going to Prison
Order "It Takes a Counter-Revolution!" at Amazon.com
Donate and Support Freedom Watch at www.FreedomWatchUSA.org 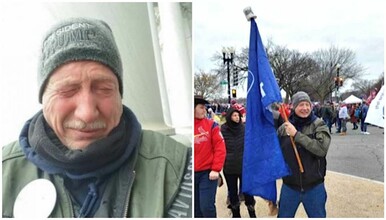 NJ
January 25, 2023
A Philadelphia man with connections to New Jersey was sentenced recently to a year in federal prison for his actions at the Capitol on Jan. 6, 2021.

James Rahm Jr., 63, opted for a bench trial and a federal judge in October found him guilty of the five charges of obstruction of an official proceeding, a felony; and misdemeanor counts of entering and remaining in a restricted building or grounds; parading, demonstrating or picketing in a Capitol building; and two counts of disorderly and disruptive conduct.

Judge Thomas Hogan sentenced Rahm to 12 months for the felony conviction, and separate one-year or six-month sentences on the remaining charges, which will run concurrently. Rahm was free pending trial and was ordered to self surrender to federal prison authorities.