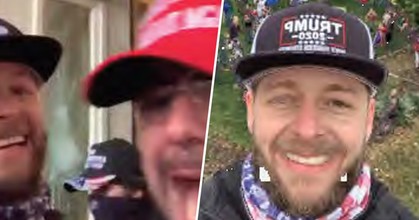 NBC News
July 21, 2022
A Tennessee man and self-described "loudmouth," who filmed himself screaming "WE IN THIS B----" as he stormed the U.S. Capitol on Jan. 6, 2021, had a difficult time explaining his actions this week to a jury.

Matthew Bledsoe, of Memphis, was convicted Thursday on a felony count of obstruction of an official proceeding as well as four misdemeanors, including entering or remaining in a restricted building and disorderly and disruptive conduct. Bledsoe, the seventh Jan. 6 defendant to face a jury trial, took the stand as a witness on Wednesday.

In closing statements Thursday, his lawyer, Jerry Ray Smith, argued that jurors should find him guilty of one misdemeanor offense, parading or picketing inside the Capitol, but not guilty on the other counts.