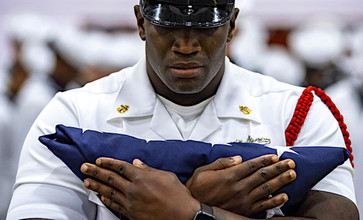 By Larry Klayman
WND
September 11, 2020
Today, the nation pays homage on the 19th anniversary of Sept. 11, 2001, a date that will "live in infamy" as the most heinous attack on the United States by a foreign entity, this one a terrorist group, since the Japanese decimated Pearl Harbor on Dec. 7, 1941, one that cost the lives of thousands of our brave servicemen and other Americans. Now, with this time to reflect, let us all recognize that the United States still faces many foreign enemies, the Islamic Republic of Iran, North Korea and of course Communist China and Russia, to name just a few. And, most important we must also be aware that another even greater threat lies from the barbarians now within our own gates.

I am talking about the radical left, composed of the equivalent of Bolsheviks from all sectors, who want not just to loot, burn, maim and kill the police, but also anyone who does not adhere to their leftist view of the nation and the world. Their goal is to sow domestic terror, while disarming our law enforcement, such that they can seize control and install a Marxist state. Coupled with their violent means justifying their leftist ends to install a godless Soviet-style gulag, is their diabolically clever use of the two stooges of the now radical leftist Democratic Party, presidential and vice-presidential candidates Joe Biden and Kamala Harris respectively, who they hope will rubber stamp and implement their socialist/communist agenda once in office.