Klayman: This Skewed Column by Leftist Politico Legal Reporters Is Fiction! Trump Appointed Judges Regrettably Are Not Generally Even Pro-Trump! They Are Mostly RINO Establishment Republicans Put on the Bench by Lobbyists! Read My Book "It Takes a Counter-Revolution!" for an Accurate Analysis! Order at Amazon.com
Donate and Support Freedom Watch at www.FreedomWatchUSA.org 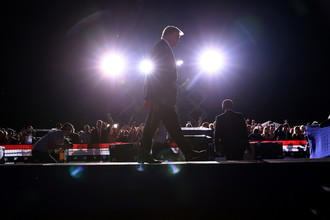 Trump judges are on a tear
By Josh Gerstein, Kyle Cheney
POLITICO
September 13, 2022
A decision by a judge appointed by former President Donald Trump to temporarily halt a Justice Department investigation into Trump's handling of classified documents at his Mar-a-Lago estate triggered an avalanche of criticism from across the legal spectrum, including attacks from conservatives who served in the Trump administration.

"It was deeply flawed in a number of ways," former Attorney General William Barr said.

But Judge Aileen Cannon's ruling is just one of a flurry of controversial decisions by Trump judges in recent months that have been criticized as out of step with longstanding legal principles.