Klayman: There Is No Honor Among Dem Race-Baiting Thieves! OSC (Omar and Tlaib) and Pelosi All Deserve Each Other! 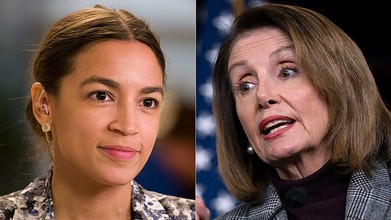 AOC ups ante in feud with Pelosi, suggests speaker is 'singling out' newly elected 'women of color'
By Joseph Wulfsohn
Fox News
July 11, 2019
The public spat between Rep. Alexandria Ocasio-Cortez, D-NY, and Speaker Nancy Pelosi, D-Calif, got a lot nastier on Wednesday, with the freshman congresswoman suggesting that the speaker is "singling out" her and her colleagues based on their race.

However, a feud between Pelosi and the quartet escalated after Congress passed a border funding bill that the four young Democrats opposed. Pelosi discussed the bill, and those in her party who oppose it, in an interview last weekend. She told the New York Times: "All these people have their public whatever and their Twitter world, but they didn't have any following. They're four people, and that's how many votes they got."