Klayman: The President Is Right: Fox News and Chris Wallace Are Going Down!
Go to www.FreedomWatchUSA.org to Join and Support Our Leftist Media Strike Force! Share and Donate 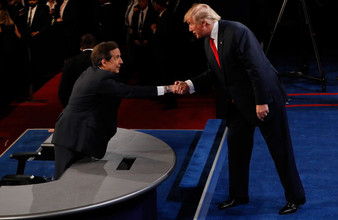 Fox News' Chris Wallace fires back at Trump, calls his attacks "an indication you're doing" good reporting
By Aila Slisco
Newsweek
February 4, 2020
Fox News host Chris Wallace pushed back against recent attacks from President Donald Trump, saying that the criticism is an indication he is doing his job well.

Trump has frequently appeared on Fox News, often praising agreeable personalities like Sean Hannity, while expressing his disdain for less favorable coverage on social media. Wallace said that backlash is an inevitable part of reporting on politics, according to a Monday article from Deadline.

"I have been in the business a half century and I have been attacked by all sides," Wallace told the outlet. "Generally speaking, I think it is an indication that you're doing your job. I mean I'm not in this to make friends. I am in this to do the best reporting that I can do."