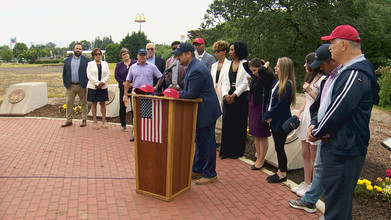 Golfers are getting backlash because of the league's backing by Saudi Arabia but now, others are questioning why American companies involved with controversial countries are not being criticized.

At former President Donald Trump's golf club in Bedminster, New Jersey, professional golfers Phil Mickelson, Brooks Koepka and Dustin Johnson are hitting the links this weekend at the LIV golf tournament but facing backlash, LIV has recently shaken up the golf world, pulling away some of the most famous names from the PGA to join their tour with big paydays and big prizes.