Klayman: One of the Few Times in Litigation History That the Man Has Won! Radical Feminists up in Arms!
Order "It Takes a Counter-Revolution!" at Amazon.com
Donate and Support Freedom Watch at www.FreedomWatchUSA.org 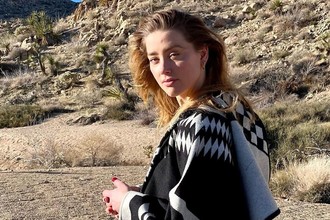 Amber Heard is defended by experts through public letter praised by her sister, Whitney
MARCA
November 18, 2022
The trial between Amber Heard and Johnny Depp continues to be the talk of the town. Now, a group of experts and several organizations published an open letter in which they support the Aquaman actress and condemn the verdict of the trial and the consequences it has.

Amber's sister, Whitney Henriquez, praised the publication and noted that it is a "breath of fresh air" in the case. The letter, which was released Wednesday, is signed by figures including Gloria Steinem, Constance Wu, filmmaker Amy Ziering, and groups such as the National Women's Law Center, Women's March Foundation and others.