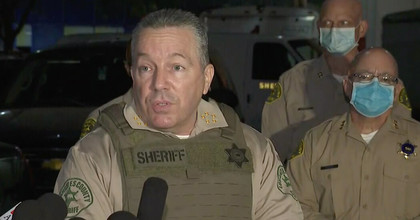 The officers were shot at a Metro station in Compton around 7 p.m. local time on Saturday, the authorities said. The Sheriff's Department said on Twitter that the deputies had been "ambushed."

The deputies, a man, 24, and a woman, 31, who is the mother of a 6-year-old boy, were taken to a hospital, where they underwent surgery, department officials said. Alex Villanueva, the Los Angeles County sheriff, said the two deputies were sworn into office 14 months ago.