Klayman: Murdoch Owned and Managed Fox News Has Little to No Integrity and the President Is Right!
Go to www.FreedomWatchUSA.org to Join and Support Our Leftist Media Strike Force! Share and Donate 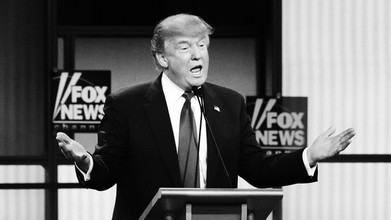 Trump Enraged at Fox, His Impeachment Bulwark
By Gabriel Sherman
Vanity Fair
December 11, 2019
Even as it became clear he would become only the fourth president to face impeachment, Donald Trump has argued to White House officials that he is, in fact, winning. "He's feeling positive," a former West Wing official told me. "The prevailing view is the Democrats are blowing it. Trump's feeling is his all-out brawl strategy is working." His confidence is buoyed by an uptick in his swing state poll numbers and what he sees as Democrats' failure to message impeachment effectively. "It's unbelievable. He's unfazed," another former West Wing official said. "I spoke to him the other day and he was going, Can you believe this fucking witch hunt? This is a joke!"

So far, Trump's wall of support from House and Senate Republicans appears as solid as ever. But Trump is less certain about the strength of his ultimate line of defense: Fox News. According to multiple sources who've spoken with Trump as impeachment has unfolded in the House, Trump is furious with pockets of Fox's coverage. "He's pissed. He thinks Fox screwed him," a former West Wing official said. The news division carried the impeachment hearings live, a rare instance in which unmediated evidence of Trump's misdeeds could pierce the Fox bubble. The network's legal commentator, Judge Andrew Napolitano, declared Trump's defiance of Congress "an impeachable offense," a position that directly contradicted the House Republicans' handpicked witness, George Washington University law scholar Jonathan Turley. Trump has also been engaged in a running war with Fox News anchor Chris Wallace; after Trump tweeted last month that Wallace was "nasty," fellow Foxer Neil Cavuto rushed to Wallace's defense.