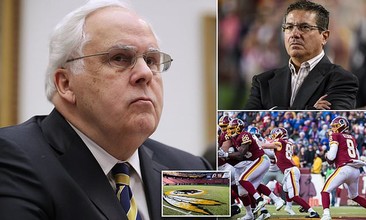 FedEx warns Washington Redskins it will pull sponsorship of stadium
By Ralph R. Ortega
Mail Online
July 12, 2020
FedEx has threatened to pull its name off the Washington Redskins stadium in Maryland if the professional football team does not change its name, according to a bombshell private letter.

The Redskins name has long been slammed as racist by Native American groups and others.

And it has now emerged that stadium sponsors FedEx have threatened to pull out of a $205 million naming rights deal six years early if the name is not changed.

FedEx, whose CEO Frederick W. Smith is a minority owner in the team, and other corporate sponsors have been mounting pressure on Redskins owner Daniel Snyder to make the name change. Snyder previously said he wouldn't consider the change.