Klayman: Literally an Ode to Homosexuality! How Heartwarming!
Order "It Takes a Revolution: Forget the Scandal Industry!" at BarnesandNoble.com 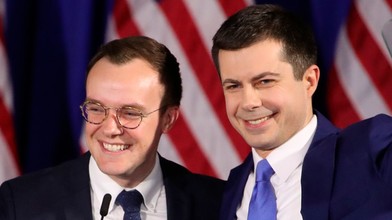 Much to his surprise, he says, the finished film is as much about love as it is about politics.

"Mayor Pete," released Friday on Amazon Prime, is breezier than anyone familiar with the bitterly divisive climate of the 2020 presidential election might expect. It follows Buttigieg ― the former mayor of South Bend, Indiana, and current transportation secretary ― as he makes his bid for the Democratic nomination, becoming the first openly gay man in history to do so. (Watch the trailer for "Mayor Pete" above.)