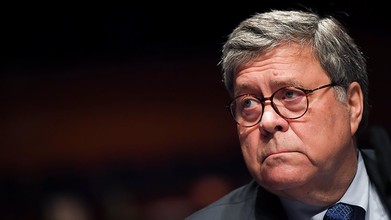 According to Reuters, the two groups are the University of Pennsylvania's Center for Ethics and the Rule of Law and the Washington-based Citizens for Responsibility and Ethics in Washington.

The groups wrote in a 267-page research paper that Barr has an "authoritarian worldview" that "makes him see himself as entitled to ignore laws, ethics, and historical practices" as the attorney general. The report also called on House lawmakers to begin an impeachment inquiry into Barr.