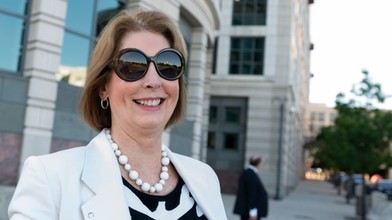 In a three-page ruling, U.S. District Judge Carl Nichols granted Dominion's request to toss the case after finding Powell failed to show that Dominion's defamation suit against her constituted an abuse of justice.

"Powell's complaint fails to link her abuse-of-process claim to any act that Dominion has taken other than filing and pursuing its lawsuit," wrote Nichols, who was appointed to the federal district court in D.C. by former President Trump. "She has thus failed to state a claim for abuse of process."