Klayman: Greg Norman's Collaboration With the Murderous Wahabe Muslim Saudis Is Despicable but the PGA Tour Cannot Legally Ban Players From Taking Their Blood Money!
Order "It Takes a Counter-Revolution!" at Amazon.com
Donate and Support Freedom Watch at www.FreedomWatchUSA.org 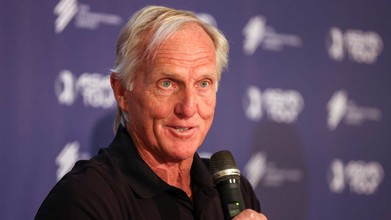 "Surely you jest," Norman began the letter. "And surely, your lawyers at the PGA Tour must be holding their breath."

The theoretical tug-of-war for the best male golfers on the planet has reached a new level in the past few weeks, with numerous players outwardly decrying both the PGA Tour and the Saudi-backed tour that Norman's LIV Golf Investments is expected to launch. There was Charley Hoffman's Instagram rant loosely connecting the Rules of Golf to players considering breakaway tours. There was the many top players who spoke at last week's Genesis Invitational about the merits of the PGA Tour and why breaking away implies great risk.