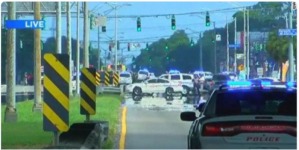 (Dallas, Texas, July 17, 2016). Last week, Larry Klayman, a former prosecutor for the U.S. Department of Justice, founder of Judicial Watch and now Freedom Watch, and a former U.S. Senate Candidate in Florida, filed as lead plaintiff a class action lawsuit to redress the incitement, violence and killings of law enforcement and others, as occurred last Thursday in Dallas, Texas.

Klayman had this to say upon the filing of this class action complaint:

"It's time that law enforcement, such as the plaintiffs in this case, including myself, come forward by peacefully attempting to use the legal system to redress the incitement, threats and killings provoked by the defendants in this class-action case. I am hopeful that I will be joined by other law enforcement to join in the suit. For too long, law enforcement and others, including white and non-white Jews and Christians, have remained silent, scared to speak and act, for fear of being branded racists over the fear of being threatened and harmed by the defendants and their accomplices. This must stop and justice must be done to preserve the integrity of our great nation and to avoid an all-out race war that will destroy the freedom that our Founding Fathers dedicated their sacred honor, their fortunes and risked their lives for."

For more information or an interview, contact leklayman@yahoo.com and see www.freedomwatchusa.org or call 561-558-5336.