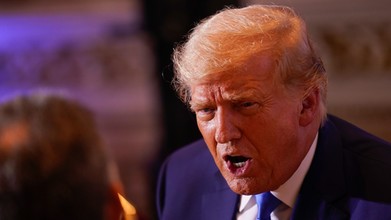 Trump explodes at special counsel appointment: 'I am not going to partake in it'
The Hill
November 19, 2022
Former President Trump on Friday blasted the Justice Department's appointment of a special counsel to oversee its probes on him, saying he would not "partake" in the investigations.

Trump, in an interview with Fox News Digital, suggested the appointment of a special counsel was politically motivated, despite Attorney General Merrick Garland saying he was making the announcement in an effort to ensure independence around Trump-related probes ahead of a possible 2024 rematch with President Biden.