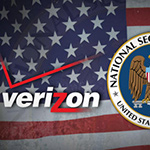 (Washington, D.C., June 10, 2013). Larry Klayman, the founder of Judicial Watch and now Freedom Watch and a former Justice Department prosecutor, today announced that he has expanded his lawsuit against President Barack Obama, Attorney General Eric Holder, the heads of the National Security Agency (NSA) and Verizon, the entities themselves, and the federal judge, Roger Vinson, who signed the warrant allowing for the alleged illegal violation of the constitutional rights of well over a hundred million subscribers and users, to be a class action lawsuit. The complaint, which can be found at www.freedomwatchusa.org, was amended yesterday in the U.S. District Court for the District of Columbia. (Case No. 1:13-cv-OO851).

Importantly, and also yesterday on Fox News Sunday, Senator Rand Paul, a strict constitutionalist, expressed support for a class action lawsuit, obviously knowing that Klayman had already filed one since it has been widely reported.

"I applaud Senator Paul for effectively endorsing our lawsuit, and agree with him that it will serve as a vehicle to have tens and perhaps hundreds of millions of Americans rise up against government tyranny, which has grown to historic proportions. Even the New York Times has recently opined that the Obama administration has lost all credibility. For this venerable newspaper to make such a strong statement shows just how serious the Obama administration's alleged violation of the constitutional rights of citizens has become. For the issue of the preservation of civil liberties is not a left or right issue, but one for all Americans to rise up and fight for. We cannot allow a 'Big Brother,' Orwellian government spy on the American people to access their confidential communications to effectively turn 'citizens into its prisoners.' That is why this class action lawsuit, which all Verizon users are welcome to join, no matter what their political persuasion, will serve as the vehicle for a second American revolution, one that is carried out peacefully and legally – but also forcefully. It now falls on a 'jury of our peers' to make sure that justice is done to end this illegal and coercive power grab – before it, like a malignant cancerous tumor, destroys the body politic of our great nation. Our Founding Fathers would be proud," stated Klayman.