Klayman: DOJ "Gestapo" vs. Trump Must Be Stopped
Order "It Takes a Counter-Revolution!" at Amazon.com
Donate and Support Freedom Watch at www.FreedomWatchUSA.org 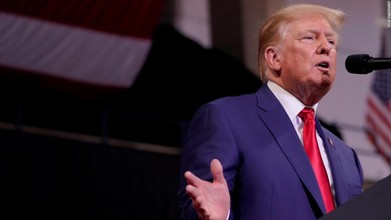 The gambit, revealed on Monday, also shows that while Trump may succeed in slowing a separate investigation into the retention of classified information at Mar-a-Lago, his potential exposure to legal consequences is deep and threatening. Trump has not been charged with a crime in either probe.