Klayman: Did Roger Stone Also Violate His Home Confinement With Social Media Postings Before He Is to Be Committed to Federal Prison on July 14? 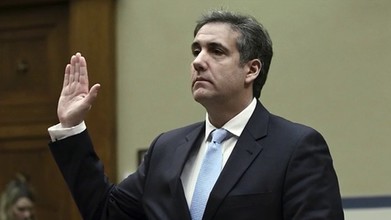 Cohen, the former attorney for President Trump who was imprisoned last year after pleading guilty to several charges, was released from a federal prison in upstate New York in May amid concerns over coronavirus.

"Today, Michael Cohen refused the conditions of his home confinement and as a result, has been returned to a BOP facility," the statement said. "On May 21, 2020, Mr. Cohen was placed on furlough pending placement on home confinement."