Klayman: Birds of a Feather!
Order "It Takes a Counter-Revolution!" at Amazon.com
Donate and Support Freedom Watch at www.FreedomWatchUSA.org 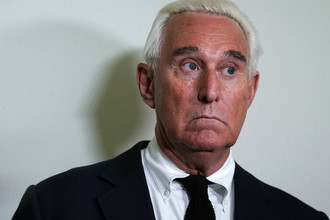 Stone posted an excerpt from a recent Politico report on U.S. District Court Judge Carl Nichols' dismissal of Bannon's attempt to dismiss his criminal case for defying the January 6 House select committee's subpoena in regards to last year's Capitol riot. Bannon was called to testify before the committee, and when he refused to comply, he was hit with contempt of Congress charges.