Klayman: Biden's Problem Is Not Stuttering: It's Dementia and Lack of Intelligence! 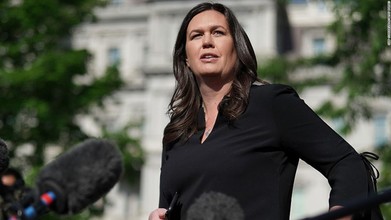 Sarah Sanders apologizes for tweet mocking Biden during Democratic debate
By Paul LeBlanc
CNN
December 20, 2019
Washington (CNN)Former White House press secretary Sarah Sanders on Thursday apologized to former Vice President Joe Biden after mocking a debate moment where Biden -- who has been open about overcoming his own stutter -- appeared to imitate a stuttering child to relay how he connects to people.

"I actually didn't know that about you and that is commendable," Sanders said in response. "I apologize and should have made my point respectfully."