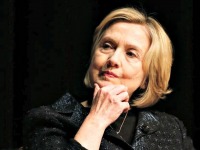 (Palm Beach, Florida, April 9, 2015). Larry Klayman, the plaintiff in a civil racketeering case against Hillary Clinton, Bill Clinton and their family foundation in the U.S. District Court for the Southern District of Florida (Palm Beach Division) (Case No. 15-cv-80388), over the missing emails which the former First Lady and Secretary of State Hillary Clinton has admittedly deleted, as well as other predicate acts which form part of defendants' criminal enterprise to sell government access for millions of dollars in cash, today filed a motion asking the court to seize her hard drives and appoint a forensic expert to inspect and recreate the missing email evidence.

The motion can be found at www.freedomwatchusa.org.

This action is only one in a series of legal actions taken by Klayman to get to the bottom of this ever growing scandal. Just last week, for instance, Klayman was before the U.S. Circuit Court for the District of Columbia in an appeal of a Freedom of Information Act (FOIA) lawsuit which seeks documents concerning Hillary Clinton's likely release of classified information over Israeli war plans with Iran to strike at the Islamic state's nuclear facilities. (Case No. 14-5174.) Klayman asked the court to order the lower court to also seize Mrs. Clinton's servers and recreate the deleted emails. http://fox11online.com/2015/04/02/federal-appeals-court-to-weigh-hillary-clinton-documents/.

And, Klayman has just filed two FOIA requests with the NSA and CIA to also obtain Mrs. Clinton's emails, as these spy agencies have all of them as a result of their illegal surveillance programs. See www.freedomwatchusa.org. Klayman preliminarily enjoined this illegal surveillance in another federal lawsuit. This is also on appeal. (14-cv-00851.)

Klayman stated: "It's sad that we have to take these strong actions as the House Subcommittee run by Congressman Trey Gowdy just dithers about, creating news for networks like Fox News, but accomplishes little to nothing otherwise. It's time for all concerned Americans to take heed and seek redress for the lawlessness of the Clintons and their enablers. Combined with Obama's scandals, this one-two punch to the ethical fiber of our nation cannot be allowed to continue unabated."