Klayman: Anti-Gun Leftist and Conservative Hater Alec Baldwin Was Probably Drugged Out: Should Be Criminally Prosecuted and the Key to the Cell Thrown Away!
Order "It Takes a Revolution: Forget the Scandal Industry!" at BarnesandNoble.com 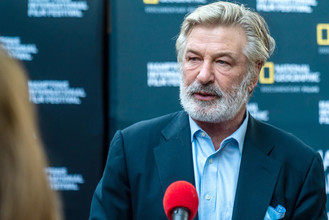 The Santa Fe County Sheriff's Office received a 911 call reporting a shooting on the set of the western "Rust," according to a news release. Cinematographer Halyna Hutchins, 42, was pronounced dead at the University of New Mexico Hospital in Albuquerque after being transported via helicopter. Director Joel Souza, 48, was transported by ambulance to Christus St. Vincent Regional Medical Center in Santa Fe. Production has halted, according to the Associated Press.

He continued, "I'm fully cooperating with the police investigation to address how this tragedy occurred and I am in touch with her husband, offering my support to him and his family. My heart is broken for her husband, their son, and all who knew and loved Halyna."