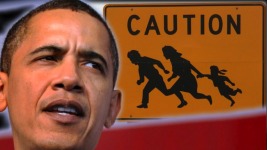 (Washington, D.C., November 12, 2015). Today, Larry Klayman, founder of Freedom Watch and before that Judicial Watch, and a former federal prosecutor, announced that his client, Sheriff Joe Arpaio, had filed a petition for writ of certiorari before the U.S. Supreme Court.

Earlier, the U.S. Court of Appeals for the District of Columbia Circuit had upheld a lower court ruling by an Obama-appointed judge to dismiss Arpaio's challenge to President Obama's executive amnesty for over 5 million illegal aliens, on the grounds that Arpaio lacked standing (14-cv-01966). However, the U.S. Court of Appeals for the Fifth Circuit recently ruled the exact opposite with regard to an identical challenge of Obama's executive amnesty in a case brought in Texas by 25 state governments (B-14-254). (Arpaio and Klayman participated in that case as well.) Thus, since there is now a split in the circuit courts, and since Obama's actions were likely unconstitutional, there is great chance that the High Court will review and rule on this split among the courts, and put a nail in the coffin of Obama's amnesty.

The U.S. Supreme Court petition filed by Klayman and Arpaio can be found here: www.freedomwatchusa.org.

Klayman had this to say upon filing the petition: "This case is of huge importance to the rule of law. In the age of King George III, he ruled by fiat, causing a revolution and the founding of a new, free nation. Almost 230 years later, another would-be king has usurped the power of the people, and this must not be allowed to stand. Sheriff Arpaio and I, and all law abiding Americans, look to the U.S. Supreme Court to reestablish the constitutional Republic, not just with regard to the enforcement of immigration laws but also to set an example that the president of the United States, be he or she Democrat or Republican, is not above the law."


PETITION FOR WRIT OF CERTIORARI