Klayman: All Those Involved Should Be Criminally Charged!
Order "It Takes a Counter-Revolution!" at Amazon.com
Donate and Support Freedom Watch at www.FreedomWatchUSA.org 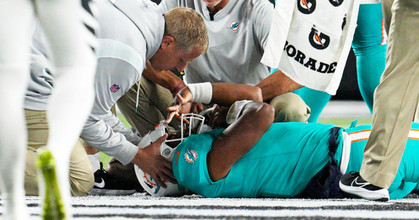 The consultant, who was not named, gave his approval after Tagovailoa hit his head on the turf during Miami's 21-19 home win over Buffalo. Afterward, Tagovailoa stumbled and fell to his knees.