Klayman: Alec Baldwin to Be Indicted by Citizens Grand Jury for Manslaughter and Negligent Homicide!
Order "It Takes a Revolution: Forget the Scandal Industry!" at BarnesandNoble.com 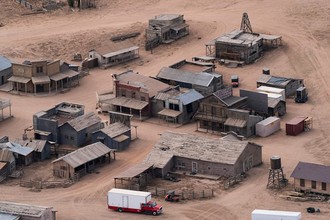 As Alec Baldwin faces a lawsuit, all eyes are on the gun that killed Halyna Hutchins
Yahoo News
November 15, 2021
On Thursday, Oct. 21, Day 12 of a 21-day shoot for a modest-budget Western called "Rust," the call sheet laid out the hours ahead for catering, crew, producers, actors, horse wranglers and those overseeing weapons for a dramatic showdown.

Breakfast would be served at 6 a.m. in the pre-dawn chill at the Bonanza Creek Ranch movie set just outside of Santa Fe, New Mexico. The early start would give the crew plenty of time to set up for nine scenes that included Scene 121.

In it — INT. CHURCH — a gunfight would erupt between an injured Harlan Rust, played by Alec Baldwin, and three other characters. "Gunfight starts in the church. Rust backs out of the church."