Are you tired of watching "Hannity" on Fox News, with its repetitive usual cast of characters, pounding their chests, bragging about what new information they have uncovered and offering false hope that justice will be done over the alleged crimes of Hillary Clinton, Robert Mueller, James Comey, Barack Obama and their comrades? 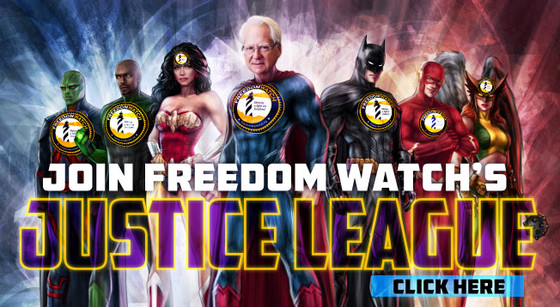 This may boost ratings for the network, but it does not lead to any concrete result.

Are you tired of the Congressional "dog and pony" shows, which boost their campaign contributions and reelection, but never result in justice?

Indeed, even Rep. Trey Gowdy, who is very articulate, talks a good game and puts on an entertaining show, has said recently that he would not support the impeachment of Deputy Attorney General Rod Rosenstein, after he previously said that he has full confidence in the integrity of Special Counsel Robert Mueller.

Gowdy, like the rest of them on Capitol Hill, talks out of both sides of his mouth! Regardless, talk and no action is the order of the day in our legislative branch.

And then there is the total breakdown of our executive branch with regard to seeking justice. Treasonously defying the will and direction of our fearless and great President Donald Trump, are you then tired of seeing our so-called Department of Justice (DOJ), run by the obviously compromised Attorney General Jeff Sessions, who had ceded nearly all authority to his corrupt Deputy Attorney General Rod Rosenstein, do nothing as well?

To the contrary, just last week Rosenstein and his "idol," Special Counsel Robert Mueller, rather than seeking justice with regard to Hillary and the rest, instead "politically indicted" twelve Russian intel officers, just days before President Trump's summit with Vladimir Putin in a blatant partisan effort to derail it. Rosenstein did not further justice, rather he participated in subverting it.

Ironically, Russia's alleged hacking of the Democratic National Committee (DNC) and the emails of John Podesta in particular, Hillary's campaign manager, actually performed a valuable service for the American electorate in the weeks and days leading up to the 2016 presidential elections!

How else could we have learned the scope and depth of the deceit and alleged criminality afoot at the DNC and the Clinton presidential campaign, given that the DOJ, then controlled by President Obama, was obviously intent to sweep it under the carpet.

The subterfuge and resulting criminal obstruction of justice is immense and mind boggling here. At all times, the same information which the Russians allegedly obtained was available -- including the 33,000 plus "destroyed emails" from Hillary's private server -- in the computer banks of our National Security Agency (NSA), which continues to collect mass surveillance on the entire populace, barring no one.

To top all of this off, if the Russians are the culprits, then why to this day has the Federal Bureau of Investigation (FBI) and DOJ prosecutors not seized and analyzed the computer servers of the DNC and Clinton presidential campaign to "confirm" this?

The bottom line is that we cannot anymore believe a word that comes out of the mouth of federal prosecutors at the DOJ and its Office of Special Counsel, much more the government as a whole, including our so-called intelligence community.

These are just a few examples why the citizenry now must rise up and bring about justice ourselves.

Like the Justice League comprised of Superman, Batman, Wonder Woman, the Flash and Aquaman, We the People can no longer rely and count on the institutions of government to clean out the rats' nest, otherwise known as the "D.C. Swamp," that infests the nation's capital.

It falls upon us to do it!

And that is why Freedom Watch, seeing ordinary citizens as the real superheroes, has just formed a Justice League of its own! Sign up and enlist now!

Donning our capes and other crime fighting tools, as well as the real instruments of justice like the citizens grand jury, We the People now have no choice but to take legal matters into our own hands.

And to this end, beginning on September 26, 2018, Freedom Watch's Justice League will convene the first of a series of grand juries in Dallas, Texas, and just for starters indict, try, convict, sentence and then seek legal and peaceful citizens arrests for Hillary Clinton, Mueller, Comey, Obama and their ilk -- to finally put them in the slammer where they belong.

If we do not take this strong and decisive action -- and it has been sanctioned by the late Supreme Court Justice Antonin Scalia who in 1992 ruled in a landmark case styled United States v. Williams, 504 U.S. 36 (1992) that the grand jury does not belong to the three branches of government but rather to the American people -- then this country will soon drown under a fatal cancerous sea of corruption.

The response from patriots and supporters to this plan to mete out justice ourselves, as We the People, has been overwhelming and huge.

Coupled with our lawsuits to hold Hillary Clinton, Mueller, Comey and Obama accountable to the rule of law and the Constitution, which includes but is not limited to cases to have Hillary found liable for wrongful death of our heroes at Benghazi, and to have the High Court order that the Deep State intelligence agencies respect the Fourth Amendment and end their illegal and unconstitutional mass surveillance on all of us, as well as to have the Office of Special Counsel cough up evidence of its illegal and criminal grand jury leaks (which has been ordered by federal judge Emmet Sullivan to be done by September 4, 2018), these citizens grand juries will be the one-two punch to put the criminals in prison where they belong.

And importantly, we do not, like the Justice League, need our so-called government to mete out justice.

Here is a sampling of what our fellow patriots and supporters are saying as they enlist in our Justice League and fight alongside Freedom Watch to save the nation and ourselves from continued tyranny and the loss of our freedoms and liberties.

This is what your fellow patriots are saying:

"TAKE THEM DOWN!!! TAKE THEM ALL DOWN!" — Sherri of Illinois

"I APPLAUD LARRY KLAYMAN FOR MAKING THIS DECISION. THE PEOPLE NEED TO COME TOGETHER AND TAKE OUR COUNTRY BACK! —Dennis of Arkansas

"OUR COUNTRY WILL NEVER BE AS GREAT AS IT CAN BE UNTIL THESE PEOPLE ARE REMOVED FROM THEIR GOVERNMENT POSITIONS AND LOCKED UP FOR THEIR CRIMES. THE RULE OF LAW MUST BE RESTORED FOR ALL AMERICANS!" — Robert of Colorado

"I REALLY WOULD LIKE TO SEE SOMETHING COME OUT OF THIS. I WILL PLEDGE $20 DOLLARS A MONTH. HOPEFULLY THIS WILL HELP! — Erick of Florida

"IF ONE IS ABOVE THE LAW THEN OUR LAND IS LAWLESS. I DON'T WANT TO LIVE IN A LAWLESS SOCIETY!" — Lawrence of Georgia

"CAN I COME AND BE PART OF THIS? I WILL SWEEP THE FLOORS!!!" — Ronald of Oklahoma

"I BELIEVE THAT THIS PROPOSAL IS A VIABLE OPTION. LARRY KLAYMAN WILL MAKE A BRILLIANT 2ND SPECIAL COUNSEL, PROSECUTOR." — Deborah of Arizona

As John Adams, our great Founding Father and second American president said just days before he and his fellow patriot revolutionaries signed the Declaration of Independence on or about July 4, 1776, in Philadelphia, without ethics and morality and religion it does not matter how many times we change rulers or our forms of government, the new republic will not have a lasting liberty.

And, it was his colonial revolutionary colleague from Virginia, an equally great Founding Father and third American president, Thomas Jefferson, who added that We the People would need to rise up and renew our nation through revolution every other generation, as the inevitable corruption among the political and legal establishment "elites" would indeed metastasize.

Well, fellow patriots, Freedom Watch's Justice League, with you and me as its superheroes, will fight and win this new revolution peacefully and legally through our citizens grand juries!

Sign up and enlist today. Uncle Sam Needs YOU, as was the motto during World War II. And, like our Founding Fathers and early presidents Adams and Jefferson, we must wage war, as it is no longer enough to tune in to Fox News' "Hannity" for pure entertainment without results.

The fate of the nation and the freedoms which our first and real superheroes -- the likes of Washington, Adams, Jefferson and Franklin fought for and won -- cannot be lost because our so-called Justice Department and FBI are corrupt and thus unwilling to mete out justice for the likes of Hillary Clinton, Robert Mueller, James Comey, Barack Obama and the rest.

Like Superman, Batman, and Wonder Woman we must seek and mete out justice outside of a government that has abandoned and failed all of us repeatedly! Indeed, at the end of the Hollywood film from which Freedom Watch's Justice League gets its name, Batman is asked by the evil villain, Steppenwolf, who is seeking to take over and rule the world, what the caped crusader is seeking? The response: "truth and justice!" That is what we must together urgently seek and mete out before it is too late!

Freedom Watch Justice League's citizens grand juries need your strong financial and moral support and prayers, as well as your participation, to be successful and restore this nation to the vision and reality of our Founders!

Please urgently enlist in and donate to our just cause, as the road which we all must now take is costly!

God bless you and your loved ones, God bless America and May God Be With Us to Save America from the likes of Hillary Clinton, Robert Mueller, James Comey and Barack Obama and their leftist comrades who are bent, with the financial assistance of George Soros and the Deep State, on taking down President Trump, destroying the Republic and putting into place an ultra-leftist, socialist, communist, atheist, radical black power, pro-radical Muslim, pro-illegal immigrant, pro-radical feminist, pro-radical gay, lesbian and transgender dictatorship.

We need your help now!

Yours in Freedom and Liberty,

P.S. Please donate handsomely to our JUSTICE LEAGUE, our HARD-HITTING CASES, and most importantly to our CITIZENS GRAND JURIES! Time is short before all is lost! We cannot allow our nation to be destroyed by the likes of HILLARY CLINTON, ROBERT MUELLER, JAMES COMEY, BARACK OBAMA and the rest of the establishment criminals which infest CAPITAL OF CORRUPTION, WASHINGTON, D.C.!