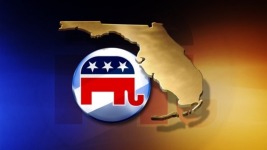 "It has even been reported by The Washington Post that the Republican establishment is busy attempting to in effect bribe delegates so they can nominate one of their own like Ryan or someone else who will further their power and money gravy train in Washington, D.C. This complaint, the first of its kind, will set a precedent for Republican voters in other states to take similar actions to preserve the sanctity of their primary vote. While I am a Florida citizen and voted in the Florida Republican Primary, the complaint and the predicted declaratory judgment in my favor and for all Florida Republican voters will set a precedent nationwide. We cannot allow Republican establishment party hacks to take away our constitutional right," stated Klayman.