Freedom Watch Files Class Action Complaint Against Google, Facebook, Twitter, Apple and Instagram for Alleged Antitrust Violations and Other Illegalities
Coordinated Discrimination by Media Giants Against Conservatives Alleged As a Sherman 1 Agreement in Restraint of Trade 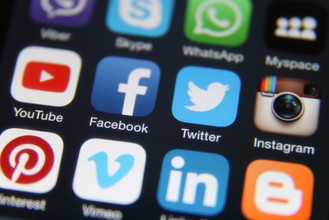 (Washington, D.C., August 30, 2018). Today, Larry Klayman, the founder of both Judicial Watch and now Freedom Watch and a former U.S. Department of Justice prosecutor who was on the trial team that broke up the AT&T monopoly during the Reagan administration, announced the filing of a class action lawsuit which, among many counts, alleges that social media giants Google/You Tube, Facebook, Twitter, Apple and Instagram conspired by entering into an explicit or tacit agreement, in parallel to each other, to restrain trade in violation of Section 1 of the Sherman Act. See Freedom Watch v. Google/You Tube et. al (Civil Action Number 18-cv-2030, U.S. District Court for the District of Columbia).

Specifically, the class action complaint alleges that the intent and effect of this agreement in restraint of trade is to quash and/or limit advocacy by conservative and pro-Trump public interest groups, advocates and others to further the leftist anti-conservative agendas of these social media giants and to help bring down the Trump presidency and nullify the vote of the millions of citizens who voted for the president. These alleged illegal and anticompetitive actions are an integral part of the so-called "resistance" to remove President Trump and install a leftist government over the 50 states.

This class action complaint can be found at www.freedomwatchusa.org. THE COMPLAINT IS ALSO EMBEDDED BELOW.

Klayman had this to say upon filing this landmark complaint, the first of its kind in the wake of mounting proof that the social media giants are illegally restricting free speech of conservatives, and to the contrary furthering and promoting free speech from leftist sources such as CNN, MSNBC, the New York Times, the Washington Post and others:

"Our inert and compromised Attorney General Jeff Sessions is unwilling to take strong action through his Antitrust Division as he has become the darling of the left given his refusal to prosecute Hillary Clinton, John Brennan, James Clapper, James Comey, prominent Democrats and others who are alleged to have committed crimes, while at the same time giving Robert Mueller carte blanche to proceed with his 'witch hunt.'

"The job now falls to Freedom Watch to right this discrimination against conservatives by the social media giants. That our complaint asks for injunctive relief and in excess of a billion dollars in damages, including punitive damages, pales in comparison to what the Commission of the European Union has already levied against such social media giants such as Google for their alleged ruthless tactics in stifling competition."