Fiancée of Jan. 6 Defendant Reportedly Denied Cancer Treatment Speaks Out: He Was 'Denied Basic Human Rights'
Order "It Takes a Counter-Revolution!" at Amazon.com
Donate and Support Freedom Watch at www.FreedomWatchUSA.org 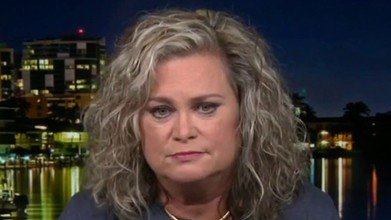 By Ashley Carnahan
Fox News
November 22, 2022
A January 6 defendant was reportedly denied cancer treatment for eight months while in prison on charges related to the riot at the U.S. Capitol.

Christopher Worrell was indicted on six federal charges by the Department of Justice, including allegedly using pepper spray to assault officers on Jan. 6, 2021. He has pleaded not guilty to all charges.

Worrell was reportedly denied access to his prescription medications to treat his cancer, a type of non-Hodgkin's lymphoma, and was not able to see an oncologist for months while in prison.