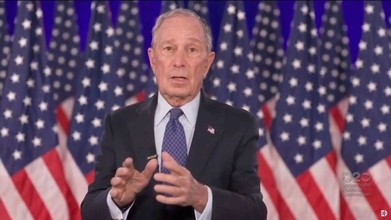 Florida Times
October 2, 2020
Attorney Larry Klayman filed a lawsuit against former New York Mayor Michael Bloomberg, who promised to disburse up to $16 million to pay the fines of some 32,000 former Florida insand, so they can vote in the November 3 presidential election.

According to a statement issued tuesday, Klayman, a Florida voter headed by Freedom Watch, entered the lawsuit in a courthouse in Tallahassee, state capital, against Bloomberg's "alleged plan to bribe convicted criminals to vote for Joe Biden and Kamala Harris." "Michael Bloomberg and his co-conspirators should not be allowed to influence the elections of any presidential or vice presidential candidate"

Said Klayman, who in his lawsuit also included, among others, the Florida State Department election division and Biden's campaign office.