Trump Must Use Insurrection Act on Domestic Terrorists!
Larry Klayman says president risks his reelection if he doesn't get tough on rioters 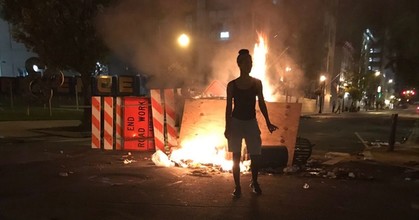 By Larry Klayman
WND
September 25, 2020
If former President Ronald Reagan were now in office, does anyone who lived during his remarkable modern presidency believe that "The Gipper" would not have taken strong action to hold the Communist Chinese accountable for unleashing what was likely a bioweapon, causing death and destruction in our nation and globally?! Does anyone also think that Reagan would have gone more than 24 hours in taking charge of local police and other law enforcement and put down what is a modern-day Bolshevik revolution to overthrow the vision and creation of our Founding Fathers on July 4, 1776, in my birthplace and the country's birthplace of Philadelphia?! The answer to both questions is a resounding no!