By Larry Klayman
WND
October 7, 2019
Last Wednesday, I was in court with my courageous client, Dr. Jerome Corsi, in a case that already played a large role in preventing Jerry from being indicted by Special Counsel Robert Mueller for perjury if he did not agree to lie and implicate President Donald J. Trump in so-called Russian collusion. The federal judge, supposedly randomly assigned to the case, was the Honorable Helen Segal Huvelle, who while a partisan Clinton appointee is a jurist who is also very intelligent and tolerant of strong advocacy.

The matter before Judge Huvelle was primarily the issue of whether Mueller could be held personally liable for the acts of his top prosecutors with regard to the threats leveled against Dr. Corsi. I had primarily alleged on Corsi's behalf that Mueller, both in his personal and governmental capacities, had violated the First and Fourth Amendment constitutional rights to free speech and to be free of illegal surveillance. The complaint also challenged the violation of criminal grand jury secrecy rules. 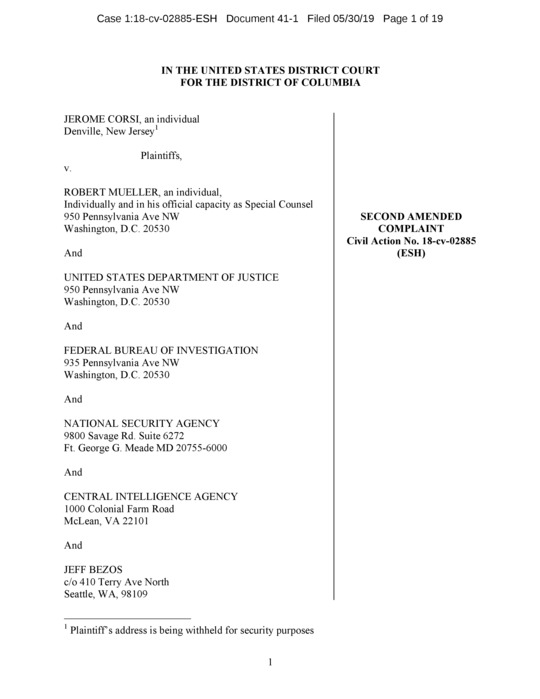 Transcript of Motion Hearing Before the Honorable Ellen Segal Huvelle