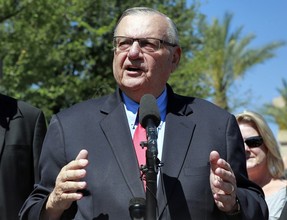 Previously, on behalf of Sheriff Joe Arpaio, Klayman filed a complaint for defamation and related causes of action against CNN, its CEO Jeff Zucker, its prime time host Chris Cuomo, the Huffington Post and Rolling Stone for publishing that "America's Toughest Sheriff, a true American patriot," is a convicted felon, despite his having been pardoned for a simple misdemeanor. In this regard, Sheriff Arpaio is also currently seeking to have even this misdemeanor ruling vacated from the lower court's docket, via an appeal. The malicious defamation of the defendants have caused significant damage to Sheriff Arpaio and his future political aspirations, his livelihood and well being, as pled in the complaint.

The posture of this case before Judge Lamberth is that the defendants have moved to dismiss the complaint, which is embedded below and can be found at www.freedomwatchusa.org.

Klayman had this to say in announcing this important hearing:

"This case, which is styled Arpaio v. Zucker, Civil Action No. 18-CV- 2894 (D.D.C.), is of utmost importance as it seeks to hold the so-called 'Fake News Media' accountable for its smears. The complaint was filed by Freedom Watch's 'Leftist Media Strike Force' and is another example of how Klayman, Freedom Watch and his clients, like Sheriff Arpaio, do not just get documents under FOIA, but bring hard-hitting lawsuits seeking justice. We thus do not ask the government to take action but instead are committed to bringing about justice ourselves!"

A PRESS CONFERENCE WILL BE HELD AT THE 3RD STREET EXIT OF THE COURTHOUSE AFTER THE HEARING, WHERE SHERIFF ARPAIO WILL, ALONG WITH KLAYMAN, ANSWER QUESTIONS. 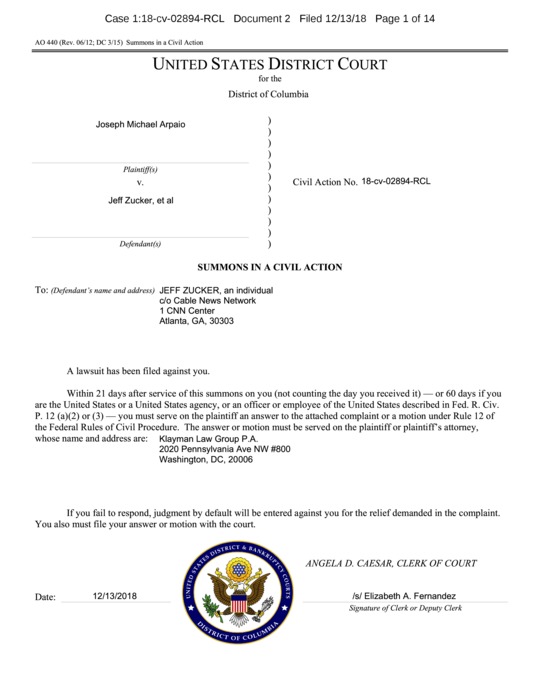