Why I Sued for George Zimmerman?
"It Don't Matter If You Are Black or White?" 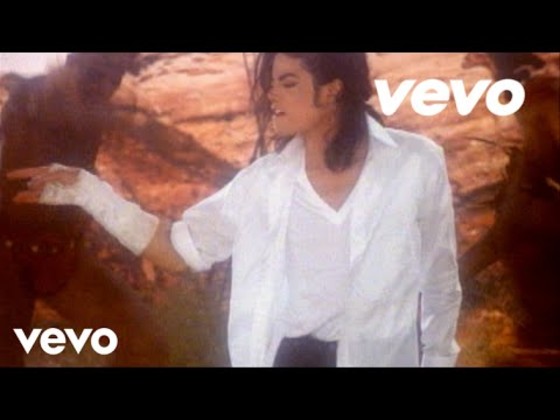 
John Adams, an irascible, prickly and unlikable trial lawyer from Massachusetts dedicated his early career to taking on what the majority in the public saw as unpopular but just causes, the most notable being his defense of British troops who, when provoked, fired and killed colonialists on Boston Common. With undaunted courage and his skill as an advocate, he won acquittals, and as a result of the backlash in colonial society he effectively lost his legal practice.

Adams was an iconoclast: someone who did not worry or obsess about what the masses or Boston high establishment society might think. To the contrary, he did what he thought was right, and looked to God for guidance and comfort when attacked.

Later, after his successful defense Adams rejected the offer of King George III to be his official colonial legal counsel, and as the famous Groucho Marx line goes, he did not want to be a member of a club that would have him as a member. Instead he later left for Philadelphia as a representative of Massachusetts in the new Continental Congress, where he advocated for independence from Great Britain. Perhaps the royal straw that broke Adams's back, convincing our great Founding Father to push for the Declaration of Independence, was the king's decision to remove the criminal justice system from the colonies and take it back to the Court of St. James in England. Adams was a man who believed in the natural law of God, reflexively not the law of man, and he saw the inherent injustice in the king's legal hierarchy, which included his corrupt irreligious yes men on the Crown's judicial benches.

One of Adams' fellow revolutionaries was Thomas Jefferson. Jefferson, someone who did not possess the oratory skills of his colleague Adams, and who hailed from Virginia, was a man who had exceptional talents behind the scenes, not the least of which was with the written word. He was thus tasked to write the initial draft of the Declaration of Independence.

Jefferson was ideologically different than Adams in marked ways, the latter of whom was a federalist. Most notable, was Jefferson's fear of centralized government power and its tyrannical tendencies to severely overreach. Paraphrasing one of Jefferson's most famous quotes was his edict that when the people fear the government there is tyranny, but when the government fears the people there is liberty. But he also predicted, like Adams, that the new nation would have more than a tendency to degenerate and grow corrupt over time. Jefferson thus forecast the likelihood of renewed revolution, even bloody, perhaps even every other generation. Indeed, Jefferson, who preferred the French over the Brits, was one of the early architects of the French revolution, which was much bloodier than our own.

I am no Adams and nor am I at the level of Jefferson. But like both of them, I have come to see the world, and the crises that We the People now face, in similar veins. I see a corrupt political and legal establishment, in many ways even worse than what King George III had subjected us to. I see yes men judges put in place on the federal bench by politicians whose pockets have been lined by establishment vested interests, and I see our body politic as in a terminal rot, equivalent to the stage four cancer – that is fatal to the continued existence of our nation if immediate "chemo and radiation" therapy is not administered. I also see a pliant and corrupt media, predominantly leftist, which will destroy anyone and anything that does not conform to their agendas, which agendas seek absolute government power, where the sovereign is worshipped at a Godless alter.

Indeed, our Declaration of Independence, again largely penned by Jefferson with significant input from Adams, Franklin and other Founding Fathers, is loaded with references with We the People's need to assert our God-given rights under our Maker's Divine Providence.

I see myself as a modern day disciple of Adams and Jefferson, and that is why I do what I do.

That is why I legally represent those persons like Cliven and Ryan Bundy, Sheriff Joe Arpaio, Dr. Jerome Corsi, Chief Justice Roy Moore, the Gold Star families who have been abandoned by their government and cannot get an honest answer about how the brave sons died at Benghazi and the Extortion 17 tragedy, the largest loss of U.S. military life in the Afghan war.

I represented the women who were raped, sexually harassed and/or threatened by Bill and Hillary Clinton: Juanita Broaddrick, Paula Jones, Kathleen Willey, Dolly Kyle Browning and Gennifer Flowers. In the last few years, I also stood up and filed lawsuits for other women who have been abused, such as Laurie Luhn, the one most victimized by Roger Ailes, the founder and former CEO of Fox News. I also sued the current head of Fox News, Suzanne Scott, for covering up, lying about Ailes' crimes and then defaming Ms. Luhn as part of Fox News' cover-up. Then there is Laura Loomer, who the leftist dominated social media has destroyed, by removing her from their platforms because she has challenged their darlings, such as Reps Rashida Tlaib, Ilhan Omar, Speaker Nancy Pelosi, Governor Gavin Newsom and even themselves.

I can go on but all is chronicled on Freedom Watch's and my law firm's websites at www.freedomwatchusa.org and www.larryklayman.com.

And if the past is my prologue, this explains why I have now taken up the cause of getting justice not just for George Zimmerman, a man who also was destroyed by race vigilantes and extortionists, the left and its media, and our so called justice system, but all who have fallen victim to similar injustice. My last column on www.wnd.com is thus titled "We Are All George Zimmerman!" In all truth, who else but yours truly would risk suing members of the Martin family and their attorney, Florida state prosecutors, for acting in concert to present a false witness during George's criminal prosecution. If the jury had believed this imposter, and George was then convicted, he would now be doing life imprisonment.

Like Adams, I pay the price for my legal advocacy on behalf of those destroyed by the leftist hordes of bomb throwers. But this is my calling and I accept it, and look only to God and His Son for salvation.

So it was that when I brought suit for my newest victim client, George Zimmerman, last Thursday, that I was immediately and predictably attacked by the leftist likes of ABC News, the home of such Clinton era hacks such as George Stephanopoulos. In a feature story on its nightly news show, and later its local affiliate in Miami where I was also linked unbelievably to the devil, I was falsely branded as someone who effectively specializes in suing black politicians with the defamatory implication of blacks in general, thus predictably casting me as a racist, the norm these days coming from the left. In fact, the only black politician that I have ever sued is Barack Hussein Obama, not coincidentally the latent reverse racist who ignited the race war all of us later had to endure. Specifically, ABC published that "The Boca Raton attorney (meaning me) has a long history of suing black lawmakers and pushing conspiracy theories." (ABC and any others who dare to defame me and my clients, can expect to be shortly sued, as I asked them to retract this falsity but they have refused.)

Here is just one of the outrageous hit pieces by ABC, which is linked and visually embedded below. To the contrary, ABC conveniently overlooked the scores of white politicians I have sued, ranging from the Clintons, to even President George W. Bush for illegal mass surveillance and his Veep Dick Cheney for alleged accounting fraud when he ran Halliburton. Again, go to my websites or do a simple Google search.

I have also proudly represented blacks who have been harmed and cast aside, such as the U.S. Post Office workers who were anthraxed shortly after 9/11 and Demetrick Pennie, a Dallas cop who was assaulted in the massacre of policemen a few years back by a follower of Louis Farrakhan and the Nation of Islam, which violence was also principally stoked by Al Sharpton, Black Lives Matter, and the New Black Panthers Party. And I count among my friends former Reagan U.N. Ambassador and three-time presidential candidate Alan Keyes, and radio and television talents Armstrong Williams and Larry Elder, to name just a few.

Perhaps, the refrain of Michael Jackson in one of his hit songs from the album and video aptly named "Dangerous," that "It don't matter if you are black or white," explains my advocacy on behalf of George Zimmerman and the American people in general. Simply put, let the chips fall where they may! Justice should not be race based, but legally based!

This leftist attack on me, falsely branding my legal advocacy as a crusade against blacks, was obviously intended, like it was with my client George Zimmerman, to destroy my reputation and even to provoke physical harm against me. It is the equivalent of a leftist "Fatwah." Indeed, in the last days after I filed suit for George, I have received numerous threats.

But like Adams and Jefferson, and my brave clients, who stand in the breach for all Americans, I will not be coerced, threatened, kowtowed and silenced. For if we do not use legal and peaceful means to fight this cancerous tyranny, then we will encourage more of it and soon lose our freedoms and the great nation our forefathers conceived of and founded in my birthplace of Philadelphia on July 4, 1776.