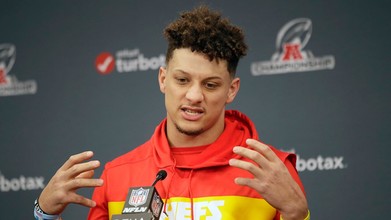 The 2011 tweets surfaced prior to the AFC Championship game between the Chiefs and the Tennessee Titans and appeared to show Mahomes and his former high school football teammate talking back-and-forth about the case and the trial.

The quarterback was initially being hit on Twitter for his alleged support of Zimmerman, who was cleared of all charges in the 2013 shooting of the unarmed black teenager.