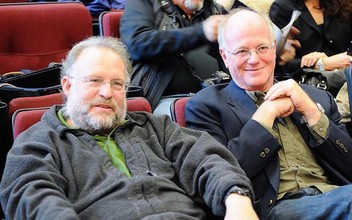 Ben and Jerry say they 'support Israel,' reject its 'illegal occupation'
By Jacob Magid and JTA
Times of Israel
July 29, 2021
The Jewish founders of Ben & Jerry's spoke out Wednesday in defense of the ice cream maker's move to boycott Israeli settlements in the West Bank, calling it "one of the most important decisions the company has made in its 43-year history."

Bennett Cohen and Jerry Greenfield, who sold the company decades ago and maintain no control over its operations, wrote in a New York Times op-ed that they support Israel but oppose its "illegal occupation" of the West Bank.