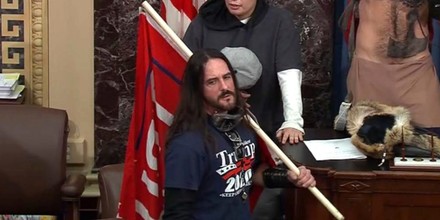 The first Capitol riot felony prison sentence signals to other insurrectionists that they'll get a better deal if they accept responsibility
By Madison Hall
Business Insider
July 21, 2021
A federal judge sentenced a Capitol rioter on Monday to 8 months in prison, less than half the 1.5-year sentence that prosecutors requested.

Paul Hodgkins, 38, traveled to Washington, DC from Florida in January to support former President Donald Trump, according to a criminal complaint. After Trump's January 6 rally near the White House, Hodgkins walked to the Capitol building, where Congress was in the process of certifying the 2020 election in favor of President Joe Biden. The complaint states that Hodgkins entered the building about at 2:50 p.m., about 30 minutes after both chambers of Congress had evacuated.