Home Depot's Cofounder -- Who Retired in 2002 -- Says He Doesn't Want the 'Woke Generation' Leading Business Because of Their 'Laziness'
Order "It Takes a Counter-Revolution!" at Amazon.com
Donate and Support Freedom Watch at www.FreedomWatchUSA.org 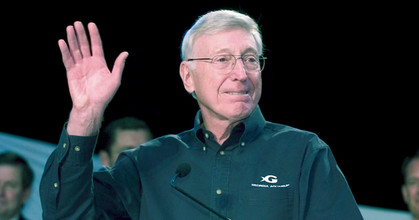 MSN
January 22, 2023
Home Depot's 93-year-old cofounder Bernie Marcus — who retired in 2002 — says he doesn't want the "woke generation" leading business, arguing that they would spend money "we don't have" on climate mitigation and wouldn't focus on the bottom line.

Speaking on Fox Business Network's "Varney & Co" on Thursday, Marcus — who no longer has any day-to-day involvement with the company — said: "I certainly don't want to see the woke generation coming up, especially the leaders."